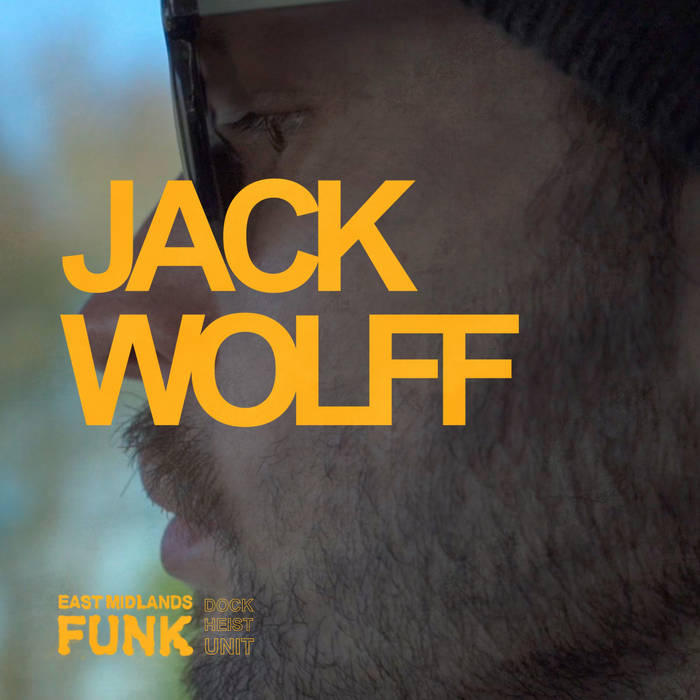 “East Midlands Funk Riddim Series for DJs, RAPPERS, SINGERS,
DANCERS, MUSICIANS and General VibesPeople - Freestyle on it, Solo on it, Groove on it.”

The Human known as JACK WOLFF is a passion fuelled creative;
Navigating as a Musician, Beat Maker, DJ, Sound and Visual Artist.
He is journeying to celebrate ALL sub genres of Funk; be it on his own or the records of others.

The Nottingham bred creative is best known for pulling together intricate fuzzy rhodes tones and sticky blue bass-lines, with sharp but fluffy boom-bap drums and cartoon synthesiser textures.
Mood-full tense moments of dissonant keyboard rambling, meeting up with joyful grooves for an all instrumental story telling canvas conducted by one of East Midlands Funkiest. He pays homage to the mood and movements of Looney Tunes as much as he does to truest of Hip Hop.

Saturated and Lispy, the music moves from one moment to the next, varying in style, dynamic and tonality. Focussing on neck breaking kick-snare routines, the melodic arrangements swell, fade and develop, exposing more and more of themselves as time goes on. The solos are scarce but meaningful, appearing when appropriate having saved themselves through delicate small talk.
Wolff’s music has attitude, he is well rehearsed in the science of music and uses his understanding of rules to create new and break existing. He respects the past, present and shows enthusiasm for the future, regardless of restraints the world might put on creativity.

Boom-bap, Broken Beat, Jazz-Funk-Fusion, Boogie House and Soulful 6/8 Felt Grooves make up Wolff’s Lengthy Discography to which he is usually the sole player. Drums, Bass and Guitar all used to support the Electric Piano and Synthesier in the authentically produced raw recordings;

“The goal is for the listener to either not think about,
or question whether or not I’ve sampled something.
Thats how I was taught, and thats how I like to hear it.”

Ever inspired by Legends to the game, such as Pete Rock, MF Doom, Q Tip, Madlib and J Dilla, Wolff also takes inspiration from 70s stylings with the likes of Stevie Wonder, The Crusaders, Quincy Jones, Jeff Lorber, Ahmad Jamal, Herbie Hancock and Roy Ayers.
(To name 1% of what he listens to)

Jack Wolff has well over a decade of experience collecting, sharing and recording records. He is internationally recognised as one of the UKs most prolific modern producers, having producer credits on dozens of soulful hip-hop and funk release / un-releases.

Jack Wolff’s philosophy is a love letter to the individuals expression. As both a teacher and producer he is encouraging of all others to enjoy and focus on a life long practice of some kind.
Emphasising practicality; being pragmatic. Maintaining focus, sharing and smiling as much as possible.